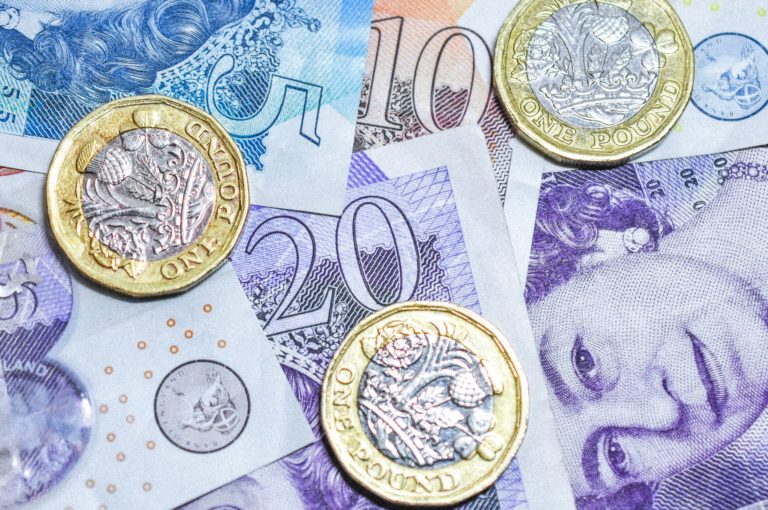 Is the future cashless?

The huge surge in digital transactions during the Covid pandemic has renewed speculation about the future of cash. So will we see the emergence of a cashless global economy anytime soon? Hartley Milner seeks some answers.

Remember the last time you handled cash? For me, it was the rental fees I raked in from the portfolio of houses and hotels I built up to enrich myself at the expense of family members. Did I have any pangs about exploiting loved ones? Not a bit of it … in fact, I laughed all the way to the bank.

I hasten to point out here – in case you have not already twigged – the hoard of cash I accumulated was Monopoly money. Like many families during the lockdowns, we dusted off board games dug out from the darkest recesses of cupboards to help keep us amused and maintain our sanity.

Growing up, I discovered I had a ruthless streak playing Monopoly that gave me an edge in the sibling rivalry stakes. And after all these years I was delighted at how easily I got back in touch with my inner-Rachman. There were a few mumblings about how I always seemed to end up owning the most lucrative properties, and, like the notorious slum landlord of ’50s and ’60s London, why I seemed fated never to land in jail. Any suggestion that I cheated was greeted with “you will be hearing from my lawyer”.

But I gained much more from my wheeler-dealing … Monopoly provided my earliest introduction to capitalism, and physically handling play money taught me the value of the real thing. So it was with some dismay that I discovered that maker Hasbro had brought out a digital ‘voice banking’ version that electronically tracks all transactions, presumably to stop cheating … and, horror of horrors, it dispenses with cash altogether!

The value of money

Could a whole generation of children now grow up not knowing the value of money? “Removing physical Monopoly money reduces the educational benefit of the game by glossing over the important task of learning to manage and count your money,” said Nicole Strbich, director of financial planning at Buckingham Advisors. Also, research shows that we are willing to spend more – as much as 100 per cent more – when paying by credit card rather than cash.

The fall from favour of cash is tracked in the 2021 Global Payments Report from payments processing company Worldpay. It found Covid restrictions impacted most heavily on the high street. In 2020, cash accounted for 20.5 per cent of global point-of-sale (POS) volume, a 32 per cent reduction from 2019. The pandemic accelerated the decline by more than three years, exceeding in 2020 the projection for 2023.

“We project this decline will continue well after the pandemic, falling an additional 38 per cent by 2024, when it is forecast to represent just 12.7 per cent of POS transactions,” the report says. “Following a year of profound disruption, businesses are looking to rebuild smarter in 2021, adapting to accelerating changes in technology and consumer behaviour.

“However, cash is not dead and should be accepted wherever consumers demand it and where mandated by legislation.”

Worldpay predicts that mobile wallets – a mobile app that allows you to store cash and make payments without credit cards or online banking – will account for more than a third of global POS transactions by 2024, rising to become the dominant payment method worldwide.

So what forms of digital currency could we be using in future? In the UK, where contactless payments now account for 60 per cent of retail transactions, the Bank of England (BoE) and the Treasury are looking at a central bank digital currency (CBDC). CBDCs carry the same guarantees that back a nation’s paper currency and are equivalent to their values.

Commercial banks and other financial institutions already hold electronic money in the form of central bank reserves, which they use to pay each other. A CBDC would make central bank money accessible to both consumers and businesses.

CBDCs are inspired by cryptocurrencies, but because they are pegged to the national currency and controlled by governments they are not subject to the same volatility as their private-sector counterparts. Bitcoin, Ethereum and others are free-floating, meaning their prices are linked to the markets, where fortunes can be rapidly lost as well as made.

A digital currency, dubbed Britcoin by British chancellor Rishi Sunak, could cut banking costs dramatically for small businesses. However, there are concerns that a digital version of the pound could create financial instability, making it harder for the Bank of England to regulate the economy with monetary policies such as setting interest rates.

Critics also warn that the introduction of Britcoin could lead to higher loan and mortgage costs as millions of people switch their cash to a central bank digital currency, slashing the amount of money high street banks have on deposit to lend to borrowers.

The Bank of England’s CBDC taskforce is expected to report back to Sunak with its recommendations by the end of the year. But Sunak tweeted recently: “We have not yet made a decision on whether to introduce a CBDC in the UK. Just as importantly, any potential UK CBDC would exist as a complement to cash and bank deposits, and not a replacement.”

Currencies are on a digital journey worldwide. The US, Russia, Japan and Sweden are looking to launch national cryptocurrencies and China is well on its way to becoming the world’s first cashless economy. El Salvador has announced that it is grasping the Bitcoin nettle and adopting the cryptocurrency as legal tender alongside the US dollar.

Meanwhile, the European Central Bank (ECB) is inching ever closer to introducing a digital euro. In April, the bank published its findings from consultations with EU citizens and professionals that spotlighted potential pitfalls for the eurozone. Chief among these were concerns about privacy, security, the ability to make payments across the euro area, additional costs to consumers and offline usability.

The ECB has now moved on to the next phase of the project, a two-year investigation into what a digital euro might look like. Experts at the ECB and national central banks of the euro area have laid down basic requirements to address people’s concerns about electronic money. They acknowledge that safeguarding privacy would be key to maintaining trust in payments in the digital age.

If its findings are favourable, the ECB will create and trial possible solutions, working with banks and companies that could provide the technology and payment services. The study has thrown up no technical obstacles to a digital euro so far, and there could be a green dividend for the planet; the power needed to run tens of thousands of transactions per second was found to be negligible compared with the energy consumption of crypto-assets such as Bitcoin.

On the future of cash, ECB executive board member Fabio Panetta said: “Though its use as a means of payment has declined during the pandemic, demand for cash has risen. For this reason, the Eurosystem is committed to safeguarding cash. We are taking concrete steps to guarantee that cash continues to be available and accepted as a means of payment well into the future, including if we launch a digital euro.”

However, not everyone is reassured and campaigns have sprung up demanding that the future of cash is protected in legislation. In the UK, consumer champion Which? found that during the pandemic the total number of ATMs in service dropped by almost 8,000, equivalent to 13 per cent of the total number. From the first national lockdown in March 2020 until the end of restrictions in July 2021, there were 801 bank branch closures, with another 103 set to close their doors by the end of the year.

Which? head of money Gareth Shaw said: “While many people can now bank digitally, millions of people are not yet ready or able to do so. It is consumers who are looking to withdraw and spend cash in nearby shops or the high street who will be hardest hit if they are left without a way to access it locally.

“This should serve as a wake up call to the government and the FCA (Financial Conduct Authority). The cash system is continuing to crumble and legislation on safeguarding access to cash must be introduced swiftly.”

Caroline Abrahams, charity director at Age UK, said: “Older people who use cash and their local bank branch are finding it increasingly impossible to manage their money because more and more barriers are being put in their way. They don’t want to give up their independence by having to rely on a family member or neighbour, they want to keep control of how they do financial things – but they don’t want to, or can’t, do it online.”

So what is the future for cash? While the trend towards electronic payments will continue apace, it seems the digital monopoly of money is still some way off … at least in the real world.