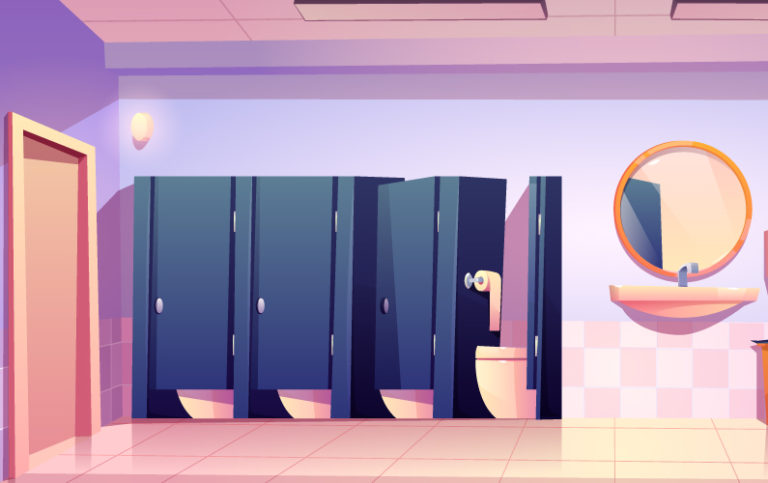 The increasing use of social media and the advent of rating apps are putting pressure on washrooms and laying them open to public scrutiny. But how are washroom providers responding to this pressure, asks ECJ?

Using the washroom has traditionally been a private experience. However, an increasing number of us are now sharing our daily lives with the rest of the world via social media. And this even includes the time we spend in the toilet.

When visiting a hotel, bar or restaurant it is not unusual for people to post images of attractive, outlandish or particularly unusual toilets on Instagram or on other social media sites. Similarly, anyone who is horrified by the state of the dirty or unhygienic facilities they visit may choose to communicate their outrage on Twitter or Facebook.

Meanwhile, the internet has increased the transparency of our washroom experiences in other ways. Various smartphone apps invite us to rate the washrooms we use while “smiley” panels in airports and similar facilities ask us to rate our washroom visit.

So the pressure is on for service providers to ensure that their premises are clean and hygienic – and preferably also photogenic – at all times. But how are they responding?

Social media is opening up new channels for criticism according to Brightwell’s marketing manager Nicole Mathes. “However, it is also spreading awareness of the importance of good hygiene,” she said. “And it is a great way to get genuine feedback from end users and help companies stay up to date with the latest washroom trends and solutions.”

The industry has definitely seen a rise in both positive and negative coverage as a result of social media, she said. “Naturally there has been an increase in publicity for attractive washrooms and this has meant standards have increased to meet ever-rising hygiene aspirations,” she said.

Conversely, customers posting negative reviews on social media can have a huge impact on any hospitality business, according to Mathes. “People are increasingly using the internet and social media to make a decision on whether or not to visit a place,” she said.

“At the same time it has opened up new channels of communication for emerging products and equipment as the industry evolves. For example, washroom manufacturers and providers are now able to post relevant content and marketing materials on their Twitter feeds.”

Brightwell’s Mercury washroom range has a stainless steel finish and is described as providing a touch of luxury. The company also manufactures the Myriad range of soap and paper dispensers which offer various branding and design options.

Today’s society is becoming more transparent in general – and this has both advantages and pitfalls according to Hagleitner’s head of digital product management Fabian Räbiger.

“Any publicity in the past would mainly be transmitted via word of mouth,” he said. “But nowadays we have a broad range of methods for sharing our experiences – and social media is one of them.”

Hagleitner sees the social media revolution as a challenge, according to Räbiger. “As a service provider, improving the washroom experience is our job – and making our washrooms instagrammable is all part of it,” he said. The company offers dispensers that transmit data on
refill levels to ensure that supplies need never run out.

WhiffAway has also noted changes in the industry due to social media according to group business development manager Michael Mynard. “Social media increases the pressure on manufacturers to ensure that their customers are happy and their washroom visits are issue-free,” he says.

“So this is an opportunity for providers to propose good solutions so that individual sites can generate positive publicity from good reviews.”

The social media trend has prompted WhiffAway to identify problems early on and to work more closely with washroom owners and managers to develop long-term solutions, according to Mynard. “It is generally a force for good,” he said.

“Customers are unlikely to upload a photo or post a comment about a well-kept and pleasant washroom – they are more likely to take a photo or complain if there are any issues or odours. This creates increased pressure on washroom providers since negative publicity can be detrimental. As a result we need to ensure that all sites follow the correct cleaning procedures to minimise any potential issues.”

Whiffaway’s waterless urinals aim to prevent any problems with blocked urinals and odours. The company offers a range of designer bowls that are said to improve the appearance of washrooms, along with smart sensors that enable staff to identify any potential problems before they can be detected by customers. “The rise in quality of these smart washrooms has been transformative and we expect this trend to rise dramatically,” he said.

He adds that washroom providers tend to react more quickly to a post on social media than to a direct complaint to a member of staff. “Where information is shared, it also leads to comparisons with other washrooms and this drives up standards,” he said.

It is all too easy to broadcast criticism of a public washroom to a much wider audience today according to Essity’s communications director Renée Remijnse.

“When choosing a product or venue, ratings have become an integral part of the customer journey,” she said. Remijnse believes the social media revolution to have given rise to a series of distinct trends.

“For example, some venues are creating ‘experience’ washrooms with unusual colours, materials and other sensory additions,” she says. “There has also been a trend towards healthy, hygienic washrooms that offer spacious surroundings, closed cubicles, hygienic dispensers and air fresheners.

“Other toilets are going down the high-tech route and providing phone chargers, interactive mirrors, sensor-operated dispensers and automated toilet seats. And there is another trend towards ‘organic’ washrooms with a focus on nature and simplicity. Here the fixtures tend to be made from natural materials and all products are ecolabelled and sustainable.”

She claims Essity’s Tork PaperCircle system – which takes away customers’ used hand towels and recycles them into other products – fits the “organic” washroom model while the company’s Tork EasyCube software works well in the high-tech washroom. This digital solution connects soap and paper dispensers and allows them to be monitored remotely by cleaning staff.

According to Remijnse, social media has had a positive effect on the industry because it has motivated venues to provide a better washroom experience. “it has also promoted an increased focus on the importance of regular cleaning plus a greater respect for the work of cleaners – something that was overdue in our opinion,” she said.

“And the positive side to any social media criticism is that it can be quickly responded to and swiftly rectified.”

The days have long gone when venues could get away with providing substandard toilet facilities according to P-Wave’s sales and marketing manager Mark Wintle. And this is a good thing, he adds.

“Fifteen to 20 years ago if you had a complaint you would tell the manager on the day in question or send an email,” he said. “You might also possibly tell a few friends. Now people have the easier option of complaining publicly on social media in front of many friends and followers and without having to stage an awkward face-to-face confrontation with the manager.

“As a result we’ve seen many examples of individuals naming and shaming dirty and smelly toilets on Twitter.”

He says a visit to the washroom is often the customer’s last stop at a venue – as well as being the venue’s final opportunity to provide a positive experience.

“It can be frustrating for a customer who may have had a great time in a bar or restaurant with amazing food and a lovely atmosphere, only to head to the toilet to discover a dirty, smelly washroom with empty soap dispensers,” he said. “That doesn’t create a great lasting impression. And unhappy or unimpressed customers are quick to share their opinions.”

“One of the considerations when launching our new Slant6 urinal screen was to actually give it a name, not only to differentiate the product from its previous incarnations but also to allow it to be mentioned and tagged on social media sites,” he said.

According to Wintle, the increased exposure that social media brings is a step in the right direction. “It is ultimately being driven by consumers who want a better standard of cleanliness and provision in washrooms,” he said.

“There has definitely been an improvement in away-from-home toilet cleanliness over the last 10-15 years – particularly in businesses that provide a service. And the positive publicity that some of these five-star washrooms receive is all-important in a world where online ratings and reviews increasingly form the basis of many of our purchasing decisions.

“However, social media is only part of the reason behind this improvement in standards. In an increasingly competitive marketplace, all companies are looking for those customer service wins that will give them an edge over the competition.”